Prior incarnations of New York Men’s Fashion Week drew criticism for not putting Gotham to use. Designers in 2017 held their exhibitions in re-purposed factories and industrial spaces that evoked a sense of urban squalor. Their focus? To tap into the vibrant cultural effervescence familiar to anyone who has visited the Capital of the World.

With this year’s Spring 2018 installment, the event’s organizers and its designers responded to critics by putting on outdoor shows. By doing so, this captured the spirit of New York and rendered its diverse charm part of the fashion landscape itself.

Todd Snyder kicked things off by celebrating New York as the ultimate melting pot, premiering a collection that wore its global influences on its sleeves. Models showed off menswear that combined razor-sharp precision with elements of traditional dress from places as far-flung as Mumbai and Mongolia. The jarring juxtaposition of baggy trousers, tightly buttoned-up shirts, and glistening black dress shoes invited spectators to examine our own cultural conceptions of tradition and masculinity.

On the second day of the festival, Raf Simons reveled in the sounds and scents of the city. His models strutting up and down the aisles of a bustling Chinatown fish-market. This nighttime show emphasized all-weather gear, with talent parading under electric light in leather raincoats and conical, brightly patterned hats. Footwear included lace-up knee-high boots and synthetic galoshes. Models wielded black umbrellas that brought a moody, film noir feel to the evening, and the bundled-up look lent an added mystique to the men lurking underneath.

Along with the fashion titans mentioned above, the field was crowded with hopeful new voices who injected much-needed youth into proceedings. Young talent reflected the international flavor of the event, with Nigerian-American designer Taofeek Abijako leading the charge. His collection (Head of State) found inspiration in the native African garb of post-colonialism, drawing upon the oppression of the past to pave liberating and illuminating new routes. The recurring theme of modernity clashing with tradition found articulate and engaging expression in Mr. Abijako’s presentation. Models were sporting visually challenging pant lengths and khaki cuts that contrasted with dress shirts that flaunted bright primary colors. Abijako’s eye-catching ensemble capitalized on experimentation and improvisation for a winningly off-kilter look.

Julian Woodhouse brought welcome levity to a city swooning under political exhaustion. Featuring models in baseball caps that bore the slogan “Make Menswear Great Again,” his latest Woodhouse collection thumbed its nose at fashion norms. Some of the styles included cargo shorts with suspenders and drooping overalls with the hauteur of stern-faced models. Props included baseball bats and red, white and blue trophy ribbons dangling from hat brims for an unexpected, but refreshing bit of comic relief.

Men’s New York Fashion Week 2018 reflected a little-known virtue of the fashion industry: its willingness to respond to its audience. New Yorkers wanted to see more Big Apple pizazz with this year’s fashion show. Designers expanded their horizons to include the city, its people, its back roads and alleyways. You’ve got to admire the indomitable spirit of New Yorkers, there’s nothing in the world like it.

(If you enjoyed the NYC Men’s Fashion week, be sure to read up on past fashion weeks by going to The-E-Tailer blog page. Want to discuss future fashion shows and trends with us? Like our Facebook and follow our Twitter pages!) 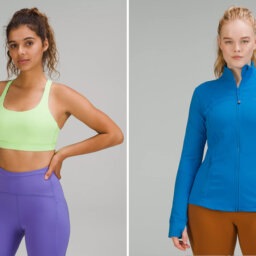 Hot Picks for Summer from lululemon

With breathable fabrics and sunny colors, find your next warm-weather go-to here. Shop our hot picks for summer from lululemon below! 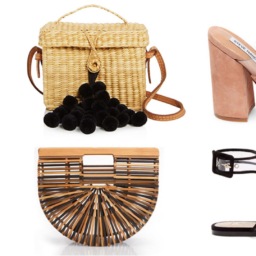 Feeling like you’re in a fashion funk? Hey, it happens to the best of us,… 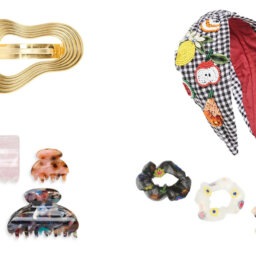 Pretty Summer Hair Accessories (Because the Dog Days Are Upon Us)

In addition to instantly making us look cooler, pretty summer hair accessories are the best way to keep our hair up and away. 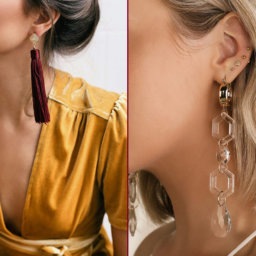 When it comes to earrings, our motto is and will always be the bigger the better… 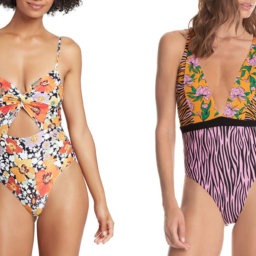 Shopping for cute one-piece swimsuits? We’ve got some gorgeous options that you’ll want to add to your cart before summer arrives! 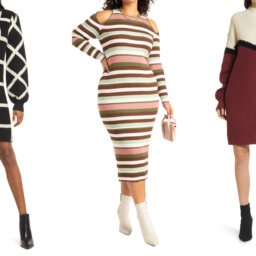 Ready to keep warm and comfy all day? Shop all of our favorite cozy sweater dresses we’ll be wearing this season. 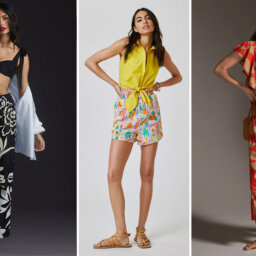 Ready for your next vacay? We’ve rounded up some resort wear picks for your next beach adventure! (Just promise you’ll let us come with!) 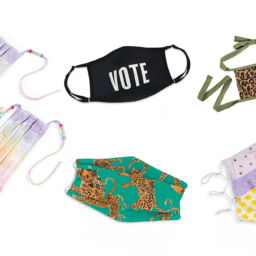 Oh No, We Found Too Many Super Cute Face Masks and Now We Want All of Them

Listen, we’re going to be wearing face masks for a while so we might as well invest in some cute face masks! 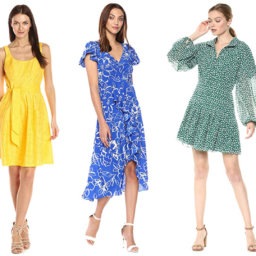 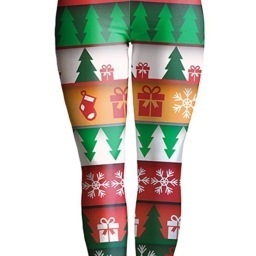 ‘Tis the Season for cozy sweaters and warm woolly socks, and stylish leggings are the perfect… 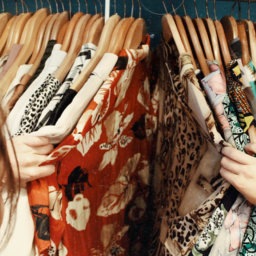 Saturday is National Thrift Shop Day! You just never know what you’ll find on a… 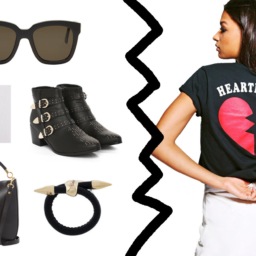 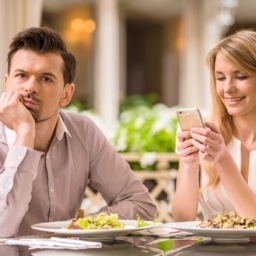 Put down the phone: The Ringly Collection 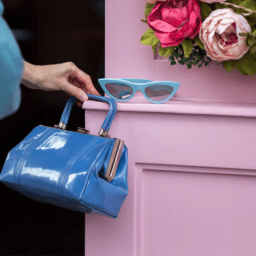 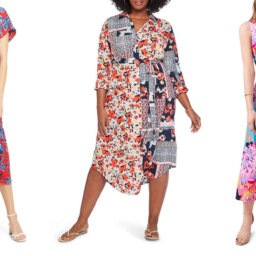 Spring Midi Dresses We Can’t Wait to Wear This Season

While we’re still taking every opportunity to lounge in our pajamas, we’re also excited to slip into some spring midi dresses this season!